Canada needs a new pipeline strategy with an oil pipeline from west to east as a central pillar, says a new report from the Montreal Economic Institute (MEI).

Author Miguel Ouellette says the cancellation of Keystone XL permits by US president Joe Biden underscores the risky position Canada is in with America as its only major oil customer.

Global oil demand is expected to grow over the coming decades, and without better access to new customers, Canada will be on the losing end of a golden opportunity, he says.

MEI says a new strategy should start with using our own oil in our own provinces, and using Canadian ports to export oil to the world through pipeline projects that reach the east coast as well as the west.

CEC: Why is now the time for Canada to reconsider its pipeline strategy? 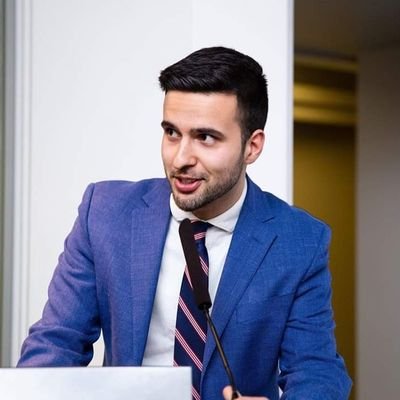 Miguel Ouellette, economist and director of operations at the Montreal Economic Institute.

Ouellette: I think recent events make it clear that it is high time to develop new markets for Canadian oil. At the moment, we are very dependent on the US market. Ninety-eight per cent of our oil exports go to our southern neighbours, and we are seeing that the US is starting to throw up obstacles to our oil, especially with the cancellation of the permit for Keystone XL.

It is time for Canada to review its strategy because we see that now, with the new administration, it can become very dangerous for us to only have one client for our exports.

CEC: One of your recommendations is that the provinces work together to allow for a west-east oil pipeline. Do you think this can be achieved?

Ouellette: I think so. In the past few months, we have sent western oil by boat through the Panama Canal to the Irving Oil refinery in New Brunswick, and that makes no sense at all. Right now, we just don’t have the pipelines we need to bring enough oil to our ports to export it to countries that want to buy it like India, China, [and] Japan. Even feeding our own refineries right now can be difficult. Here in Quebec and in the Atlantic provinces we import oil from Saudi Arabia. If we can produce our own oil and use it in our own provinces, it would be very beneficial.

I really think that a project like Energy East should be considered right now, and we need our politicians to do everything they can to make that happen if companies are willing to go forward with such projects.

CEC: There is a narrative out there that oil demand is declining and that new pipelines simply aren’t required in North America. What do you think about that?

Ouellette: If we look at the numbers, the demand for oil in the world will grow by more than nine per cent between now and 2045. So, when people say that we don’t need oil anymore, it’s just not true.

There’s a lot of people saying that the demand will increase in [places like] India and China, but they are already doing business with, let’s say, Saudi Arabia or Iraq, so why would we need to produce oil and export to these markets? Well, our energy sector is way more ethical and responsible than the ones in Saudi Arabia and Iraq. If we can substitute that oil demand with our oil, it could be good for not only the environment but for people in the energy sector.

CEC: Is it important for Canadians that Canada has a healthy oil and gas sector?

Especially right now, our economy and businesses are struggling with the COVID situation, so we really need the energy sector for the economic recovery. That is why we need to review our strategy, and we need politicians to help us do that.

It’s not just for the West that it’s going to be useful and very beneficial. It’s also for the eastern provinces because we collect taxes, we collect royalties from the energy sector, and that is beneficial for all our public programs. Just over the past five years, the federal government collected an average of $14 billion a year from the oil and gas industry. To put it in perspective, this amount is equivalent to more than half of the sum of all provincial deficits during the pandemic.