The following is a column from Philip Cross, former Chief Economic Analyst at Statistics Canada, on how to properly measure the energy sector in Canada. It was written in response to a recent CBC story on Canada’s energy sector. In his critique, and as he takes issue with some claims and elements in the CBC story, Cross explains some of the nuances and complexities in measuring the energy sector (including oil and gas) in Canada. – Mark Milke, Executive Director-Research, Canadian Energy Centre.

In a recent CBC story about the oil and gas industry and on Alberta Premier Jason Kenney’s claims about the same, the reporter alleged that the premier’s claims were ‘cherry-picked, misleading or wrong.’

The Alberta premier can defend his own words but CBC reporter Robson Fletcher’s attempt to critique claims about the importance of the energy and the oil and gas industries to the Canadian economy contains some basic errors. 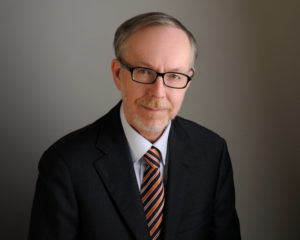 For example, the CBC article claims it is wrong to claim the energy sector is Canada’s largest industry and that the manufacturing sector and the wholesale and retail trade sectors are larger. But the report used the wrong basis for comparison and in so doing made an apple-orange comparison.

Mr. Fletcher claims manufacturing is larger than energy. However, petroleum refining is part of both the energy sector and manufacturing. So the size of the manufacturing sector partly reflects and includes the presence of a sizeable refining industry (never mind manufacturing output that is destined for the oil and gas or pipeline industries).

Essentially, you cannot compare the energy and manufacturing sectors, as the basis of what is classified within each sector is completely different. Manufacturing is an industry classification; energy is a product classification that includes industries from sectors as diverse as mining (oil and gas extraction), manufacturing (oil refining), transportation (pipelines) and utilities.

Statistics Canada’s recent release of its monthly international trade statistics provides a good example of which sectors energy should be compared with.  Statistics Canada organizes its exports under eleven product headings, such as energy, automotive, consumer goods, forestry products, aerospace, and agricultural products. Energy products should be compared with these sectors, not total manufacturing.  Measured on this basis, the impacts of the energy sector are extremely important.

A complete understanding of the importance of any industry to the economy should include both its direct and its indirect impacts. Direct impacts include the value-added of output produced in that industry, which is what you get when you go to Statistics Canada’s tables on GDP for the automotive sector, for example.  Indirect impacts include the value of all the products an industry buys from other industries in Canada plus the consumer spending that all this direct and indirect income generates.

For these estimates, you must use Statistics Canada’s Input/Output (I/O) model, also called the Supply and Use tables. (During my time at Statistics Canada, I wrote more papers using the I/O model than any other subject.)

Finally, an industry can rank differently in terms of output and jobs. The difference, as the author noted, reflects the productivity of that industry. The claim that energy is one of Canada’s most important sectors is based on its direct and indirect contribution to output. Unfortunately, Mr. Fletcher only looked at the employment figures for comparative purpose, which tends to favour low productivity elements in the service sector, such as restaurants and other personal services. Because it is also Canada’s most productive industry, its share of employment will be lower.

The CBC report on energy contained other misleading assertions about future oil demand. The CBC report cites the bearish scenario in the International Energy Agency (IEA)’s 2019 report and also another from BP. However, the CBC reporter omitted the IEA’s other two scenarios contained in the same 2019 report: Oil demand could grow to over 106 million barrels daily under a Stated Policy scenario or even higher — 121 million barrels daily — under a Current Policy scenario.

Everyone is revising their forecasts post-Covid but the CBC reporter used the 2019 report and quoted only one of three scenarios. As for an updated, contrary forecast, OPEC’s revised forecast sees oil demand increasing to 109 million barrels by 2045, up from around 100 million barrels in 2019.

Clearly, Canada’s energy sector is extremely important to Canada’s economic well-being and the CBC could have done a better job of explaining its importance when digging into the numbers.

Philip Cross is the former Chief Economic Analyst at Statistics Canada, where he worked for 36 years. He has provided peer review for fact sheets produced by the Canadian Energy Centre.