The movement to discourage investment in Canada’s oil and gas sector is wrong and must be challenged, says the former head of market intelligence at the Toronto Stock Exchange.

That’s why in December Gina Pappano and a small team of supporters launched InvestNow, a not-for-profit working to get the message out that investment in oil and gas, not divestment, benefits Canadians. Here’s what she had to say about their work.

CEC: Why do you believe that the divestment movement is against the interests of Canadians?

Pappano: Divestment is a destructive political tactic directed — for the most part — at the Canadian hydrocarbon sector. It’s eliminating an entire sector from your investment portfolio based on a small group of people that are applying pressure to the fund. It’s not looking at them, not analyzing them, just saying no fossil fuel companies allowed. 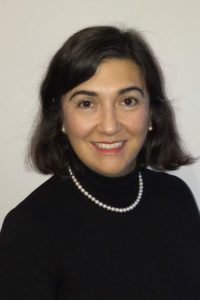 I think this really affects Canada because Canadian companies are top of their game in terms of environmental standards, employee standards and innovation, and it’s not being considered at all. It’s just, ‘oh, we have to strike a blow against climate change.’ But really, you’re striking a blow against Canada and Canadians.

I see too many interests — banks, university endowments, and institutional investors — being led to believe in the false divestment narrative, often against their own interests, and certainly against the interests of all Canadians. I think that concerned citizens need to respond.

Pappano: It does nothing to affect demand. Modern life and our economy cannot function without hydrocarbons – they are indispensable to every aspect of our lives. Modern society thrives because of its ready access to the energy these molecules deliver.

The divestment attack on fossil fuel companies is an attack on publicly listed companies. Competitive transparent markets are the best guarantee for good performance by resource companies, and Canada has some of the world’s best.

As divestment has no effect on the demand for fossil fuels, its effect will principally be to shift the source of supply. If the oil and gas that society needs is not provided by Canadian companies, it will come from state-owned suppliers from such countries as Saudi Arabia, the Gulf states, Russia and Iran. You can be sure these suppliers won’t maintain the high standards employed here in Canada.

Pappano: If the hydrocarbon sector is not supported by investment, the large public companies in the sector may choose to stop their Canadian projects and redirect their investment to operations outside of Canada where their dollars are more favorably received. Smaller companies, overwhelmingly Canadian-owned, will simply cease to operate.

For governments, this means a loss in tax revenue to all levels: revenue that pays for a host of public services and helps maintain our quality of life. For everyday Canadians, it means a loss of jobs, higher taxes, and a steady decline in our quality of life. A strong Canadian energy sector means a strong Canadian economy. Especially now as we endeavor to recover from widespread lockdowns and the economic havoc they have caused, natural resources are key to our national prosperity.

CEC: Why do you think the better approach is to invest in Canadian oil and gas companies?

Pappano: Because then you are a shareholder, and if you’re a shareholder, you have a say. I’m not saying you have to invest in every oil and gas company; I just want them to be in the pool for potential investment and not just totally out of it.

For the foreseeable future, innovation in the fossil fuel sector is just as important to emissions reductions as is innovation in the renewable sector. Canada has some of the highest environmental standards in the world, and we’re innovating. Investment means working with resource sectors in order to bring about meaningful change.

Canadian hydrocarbon companies and the broader resource sector in Canada represent the most responsibly run organizations in the world. The commodities they produce have always been and remain essential to our well-being, delivering enormous economic dividends to all Canadians, and to the whole of humankind.